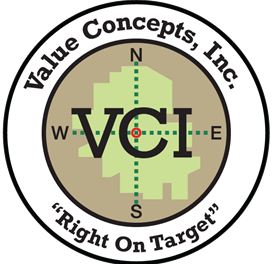 H. Buddy Robinson, Jr., SR/WA, President of VCI, has 50-years of industry experience. He began his career in 1968 as a right-of-way agent in pipeline right-of-way acquisition and moved on to acquiring sites for sub-stations and power plant transmission lines rights-of-ways for large generating utility companies, Georgia Power Company and Oglethorpe Power Company. After amassing over 20 years of supervisory and management of Oglethorpe Power Company Land Department, Robinson formed VCI in 1989.

Below is a timeline of key projects that demonstrate VCI’s expertise in Project Management of build-to-suit and co-location projects:

“Since 1994, we’ve had the pleasure of working with Southern Linc, serving Georgia, Alabama, Mississippi, and Florida. This long-term partnership is a testament to our dedication and commitment to our customers, resulting in over 950 Southern Linc sites developed initially,” said Robinson.

VCI partnered with Southern Linc to build out their Motorola iDEN systems across the Southeast, acquiring sites for new builds. Performing Site acquisition, project management, co-lo coordination, third party project billing and construction management services were included in this new build out. VCI has continued to partner with Southern Linc and Southern Company Services on many other projects over the years. This work is ongoing.

VCI has provided AT&T with Right-of-Way work on hundreds of Remote Terminal landline facilities and fiber cable right-of-ways all around metro Atlanta.

In 2004 - 2006, VCI partnered with Cingular Wireless, now AT&T, on a total turnkey development for the Cingular Wireless Road Runner project. VCI provided complete turnkey development for 45 proposed sites, 30 new build sites and 15 co-location sites in Georgia, Alabama, and Mississippi. VCI facilitated hiring all third-party services, including environmental, geo-technical, engineering, surveyors, title attorneys, etc. plus handled project management from inception to completion, and provided consolidated billing for our client.  According to Robinson, “The carrier only wanted to set up equipment on the pad and turn on the power, that’s it. It was our job to provide the completed tower, antennas, lines, pads and civil site work in preparation for that to happen.”

VCI partnered with Southern Linc for the conversion from the iDEN system to 4G LTE Broadband System. This project included the deployment of 1260 sites across Alabama, Georgia, the Gulf Panhandle of Florida, and Southeast Mississippi.

In 2015, Southern Linc changed to the 4G LTE broadband system, aiming to decommission the system across 950 sites and add 310 new Greenfield sites. VCI Site Acquisition Agents, Project Managers, and Construction Managers handled the management of the project, including hundreds of co-location sites.

“In 2015, we also re-branded our company, involving the entire team in our logo re-design. We came up with the ‘X’ on the map because the Southern Linc RF Engineers would provide us a search ring map with an “x” on it and the first question they would ask us was if the site we had acquired was right on target.  “We strive to be ‘right on target’ every time,” added Robinson. “We want our customers to know that we work hard for them to provide accurate quality results.”

VCI created a Build to Suit Draft Reimbursement program for Southern Linc.  Having worked in the industry for much of his career, Robinson wanted to level the playing field for small tower development companies, omitting the “cherry-picking” of the best sites and creating unfair opportunities for the tower developer. Therefore, we developed a fairer reimbursement program for Build to Suits for Southern Linc.

Robinson explained that for future companies and Tier 1 Carriers, VCI could provide a reimbursable turnkey service – the Build to Suit Draft Reimbursement Program. If implemented, this program will substantially reduce most if not all of the customer’s front-end costs.

“With our reimbursement program, we can save telecommunication carriers the total expense of initial site development costs. VCI has a proven track record of accomplishing this with Southern Linc,” said Robinson. The reimbursement program reimburses the carrier for site acquisition, zoning & permitting, surveying, engineering, environmental, geo-technical and power line service development costs and billing of all third party services.

From engineering to titles and surveys, all front-end costs are refunded. VCI offers a master contract for each project that covers reimbursement as outlined in the site license agreement once the tower is developed. With projects featuring co-location, the second and third carriers’ rent is reduced. There is a cost revenue sharing for the carrier, reducing the initial tower ground rent with the addition of the 2nd or 3rd carrier, this is an additional long term savings.

“Our dedicated staff, most with twenty to twenty-five years of experience in the industry, made all these projects a reality. Our project managers are ‘specialists,’ understanding everything they need to know about a client to make the process go smoothly, especially when it comes to dealing with American Tower, SBA and Crown Castle on co-lo management services” Robinson added. “Our construction managers are seasoned and extremely knowledgeable regarding site development issues, which make a difference in preparing a detailed Scope of Work for the bidding process.”